Withheld information about the Biden family altered voters perspectives of each candidate.

Shocking poll: 8 in 10 Americans think that the coverup of the Hunter Biden laptop story changed the outcome of the 2020 presidential election.

Mark Zuckerberg speaking to podcast host Joe Rogan earlier this week stated that, during the late stages (October) of the 2020 election season, the FBI “alerted” Meta (Facebook) about “potential threat information” originating from Russia. Meta responded by algorithmically de-ranking the Hunter Biden laptop story only weeks before the election. Fewer voters saw the story and didn’t learn about Hunter Biden’s corrupt business dealings, where the big guy gets 10 percent, until after the election had ended. Zuckerberg admitted that Facebook actively suppressed the story, but emphasized it would not have happened if they were not alerted by the FBI.

In response, Twitter took it a step further and banned the New York Post account and prevented users from linking to the article due to concerns that it was based on hacked materials.

“Our protocol is different than Twitter’s. What Twitter did is they said you can’t share this at all. We didn’t do that,” Zuckerberg said to Rogan.

Twitter founder Jack Dorsey said it was a total mistake, but won’t say who is responsible for The Post being locked out of its account for two weeks.

“I think the right way is to establish principles for governance that try to be balanced and not having the decision-making too centralized,” Zuckerberg responded. “It’s hard for people to accept that some team at Meta or that I personally am making these decisions.”

More than 50 former senior intelligence officials signed on to a letter that said the laptop story has characteristics that are common in Russian information operations.

In other words, the FBI appears to have used its power to cover up a major political story that would have likely changed the outcome of the 2020 presidential election. Americans believe this too, with 79 percent of respondents in a new poll saying they think Trump would have won if not for the FBI’s intervention. Only 21 percent said Biden would have won regardless.

This is a stunning rebuke of the FBI’s actions during the 2020 election and should be a major wake-up call for Americans who value free and fair elections. The FBI cannot be allowed to use its power to cover up stories that could potentially sway an election. This is grave abuse of power and must be stopped. Otherwise, future elections will be decided not by the American people, but by a select few in law enforcement who can pick and choose which stories the public is allowed to see.

The Hunter Biden laptop story has been confirmed as real. The Biden family is not as squeaky clean as they pretend. More Americans are waking up and realizing that the Bureau’s decision to issue alerts on unverified threats almost certainly changed the outcome of the 2020 presidential election due to the big tech censorship that followed. I believe with full certainty that it did. If the FBI can get away with this, we are no longer living in a free and fair society. 2020 was a wake-up call for all of us. Especially in retrospect as we witness firsthand the dystopian tone set by the Biden administration. We must demand better from our government institutions or risk losing our Republic and democratic institutions entirely.

Know of any underreported stories that are relevant to Making America Great Again? If so, email us at News@ThinkRedPill.com 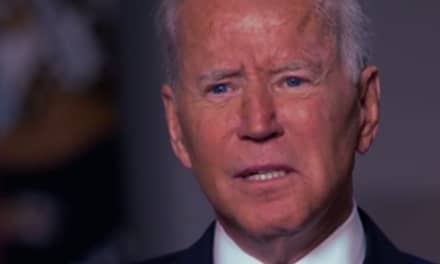